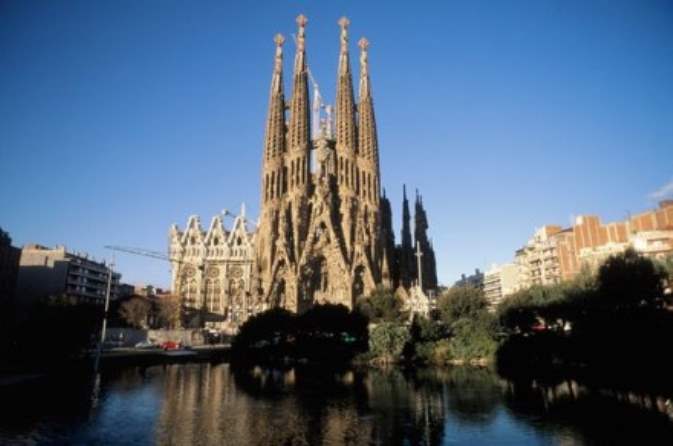 Barcelona is considered to be one of the most famous Spanish tourist attractions because it provides the perfect mix of modernity and cultural history. If you want to know what the must-see places are there, then read on.

Barcelona is one of the most famous Spanish tourist attractions, mostly because it isn't like any of the other conventional tourist cities out there. Barcelona actually consists of the perfect mix of modernity and cultural history and is known for its artistic and entrepreneurial flavor.

Barcelona has also survived the most ardent times in the history of the world overall, including the medieval age and the more recent recession. If you want to know what the must-see places are after you step out of Barcelona airport, then read on.

The Cathedral of the Holy Cross and Saint Eulalia

The Cathedral of the Holy Cross and Saint Eulalia, or Barcelona Cathedral, was built in the 14th to 15th centuries. It is dedicated to Barcelona's co-patron saint, Eulalia of Barcelona, who apparently suffered martyrdom during the city's Roman times.

If you want to see Barcelona's Catalan visual art, then the best place to go after Barcelona airport would be Museu Nacional d'Art de Catalunya, which can be found on Montjuic Hill. The museum is most well-known for its one-of-a-kind collection of romanesque church designs and paintings from the 19th and 20th centuries.

Palau de la Musica Catalana is definitely one of the best concert halls the world over and was built from 1905 to 1908 by Lluis Domenech i Montaner. In today's day and age, more than a million people go to the musical performances featured there all year round, including jazz, Canco, chamber and symphonic music performances.

Park Guell is one of Barcelona's World Heritage Sites, which can be found on El Carmel hill. It basically consists of beautifully designed garden complexes, which were built from 1900 to 1914 by Antoni Gaudi.

Another place designed by Antoni Gaudi would be the Sagrada Familia, which is one of the biggest Roman Catholic churches found in Barcelona. It is considered to be a UNESCO world heritage site, as well, and some people even consider it to be the best personal Gothic architectural interpretation since the Middle Ages.

If you are wondering about great places to eat  after Barcelona airport, you might want to try out Cinc Sentits, which is a Michelin-starred restaurant run by Amelia Artal and Jordi Artal.

Botafumeiro is another great place to go for food, especially if you love sea food. Botafumeiro also comes with a great bar, which definitely provides a memorable experience overall.

It goes without saying that you will have to book your accommodations before reaching Barcelona airport, as well. If you plan on shopping a lot during your vacation, then the apartment complex Gracia Apartments would be the best location for you, especially if you plan on bringing your kids or even your entire family with you during your trip.

To make sure that you have a great experience in the city the minute you step out of Barcelona airport, then make sure you use the World Wide Web to help you plan out your entire trip, as well.