Home » Travel Destinations » Travel to Bangladesh - Off the Beaten Track

Bangladesh is a country which is situated at a very strategic location in South Asia and is one of the most densely populated countries of the world. It is a new nation which was formed on 16th of December, 1971 after its partition from Pakistan.

In the last few years, tourists from around the world have shown their interest in Bangladesh and they have been attracted by the serene and virgin beauty of the country. It is a fact that the county is not the hot favorite of tourists and so, it is not overly crowded with foreigners. Those who travel there have the advantage of enjoying the hospitality of the people of Bangladesh, who are very warm and hospitable.

Bangladesh was once part of undivided India and so, the country has a lot of similarity with India, mainly the Indian state of West Bengal, in terms of language, food and culture. Bengali is the official language of the country and the majority of the people are the followers of Hinduism. Rice is the staple diet of the people and the cuisine of the country has been influenced by different cuisines of the neighboring countries. There are many tourist attractions in the country which has not been explored by the western tourists. The main tourist attractions in Bangladesh are as follows: 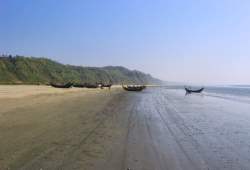 A town and an important port in Bangladesh. The cox’s bazar beach is the longest continuous beach in the world and it covers a distance of 125 KMs.

The attractions in this town include the Aggmeda Khyang - a Buddhist monastery which has many old manuscripts of Buddhism and also certain statues of the Buddha, Ramu - a Buddhist village in the outskirts of the town and it is famous for making cigars and also for handicrafts, there are many other temples in the nearby area, which people can see, and the Dulhazra Park, where one can see many animals in their natural habitat. 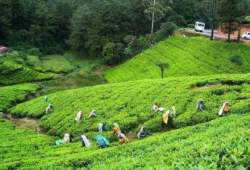 An important city in Bangladesh and is regarded as the financial capital of the country. There are many beautiful hills, surrounded by rivers and tea gardens on the outskirt of this city, which are popular with the tourists. The shrines of Sufi saints Shah Jalal and Shah Faran are also famous with the tourists who visit this city.

The city has also seen a lot of development in terms of infrastructure due to flow of US dollars from the Sylethi Diaspora living around the world.

The capital of Bangladesh is known as the city of Mosques and is also the political, economic and cultural life in the country. For most tourists visiting Bangladesh, this city serves as the starting point of their journey. The different tourist attractions include the Lalbagh Fort, Ahsan Manzil, Sangshad Bhavan, Crescent Lake and the Baitul Mukkaram Mosque etc.

The restaurants in Dhka are known for serving delicious dishes such as ‘Biryani’. You should definitely try eating at these restaurants. 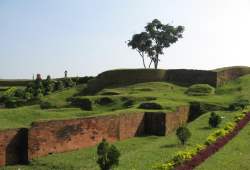 Bogra is a Buddhist town which is very popular with tourists. You can travel to Bogra by bus from the city of Dhaka, and the journey takes around 5 hours. Some of the tourist attractions in Bogra include the Mohasthan Museum, Paharpur Monastery, Mahasthangarh, Sariakandi etc.

The local market, called New Market, situated in the heart of the town is an ideal place to purchase clothes, food items and even souvenirs such as handicrafts etc.