Europe is a continent which has a lot of historical significance. The Europeans pioneered the use of science and technology during the Renaissance and then during the Industrial Age. The colonial powers in Europe ruled over most of this planet and they influenced the culture of people in places around the globe.

Even today, Europe is regarded as the most developed region in our planet. Many of the most prolific philosophers, scientists, political thinkers, artists and painters etc. of our planet belonged to Europe. People from around the world love visiting Europe to explore its economic prowess, cultural heritage and history.

Here are the top 5 historic cities in Europe:

London is one of the most beautiful and important cities, not just in Great Britain, but in the entire world. This magnificent city gives us a glimpse of the glory of the erstwhile British Empire, in which the sun never used to set. Settlers have inhabited this city, by the banks of river Thames, for more than two millennium.

It was also a part of the mighty Roman Empire; thus two great cultures of the western world have lived in this city. It is one of the most prominent cities in western civilization and one must see it to get a feel of the place where people like William Shakespeare, Windsor Churchill and Isaac Newton lived. 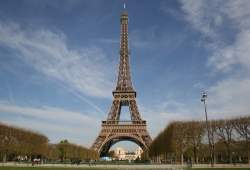 Paris, the capital of France, is often referred to as ‘la ville de l'amour’ or ‘the city of love’. The gift of the renaissance, the city has been home to some of the most prolific artists, philosophers, politicians and poets of all time.

Today, it is the city which is known for its secular identity, cosmopolitan environment and bustling atmosphere. A very popular tourist destination, the city has a lot to offer to the tourists, starting from museums to medieval monuments. Some of the most popular attractions in Paris include the Eiffel Tower, the Louvre, the cathedral of Notre Dame, Sacre-Coeur etc. 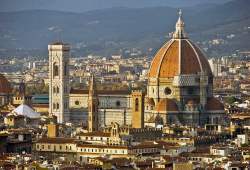 It is one of the foremost exponents of Italian art and is considered as the Renaissance capital of the world. Florence is a city in the beautiful region of Tuscany in Italy. It was founded in 59 BC. Visitors are entranced by the artistic and architectural beauties of this city. For lovers of art and culture it is paradise.

Florence is also the city where Leonardo Da Vinci was born. La Piazza della Signoria is one of the places not to be missed. There are many museums in the city where you can enjoy Da Vinci’s works. Other attractions in the city include the Galleria degli Uffizi, Bargello, Gucci Museum, Giotto's Tower, and Santa Maria Novella etc.

Madrid, the capital of Spain, is a city of great historical significance. The city is very popular with tourists due to its artistic heritage.

For lovers of art and history, the most important attraction in Madrid is the El Prado museum. The museum contains relics and artifacts from places across Spain and Europe. 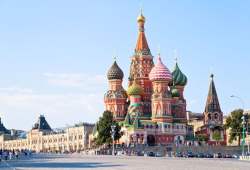 It is a city which has been at the center of many historical events in Europe.