The country is also very popular with tourists and has some of the most popular tourist places in the planet. Many prominent artists, philosophers and political thinkers were also born in Italy, who pioneered the renaissance in Europe.

Some of the most popular places to visit in Italy are as follows: 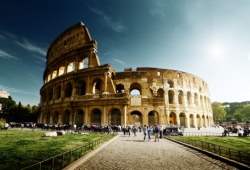 Rome is the capital of Italy and a historical city which was once the capital of the Roman Empire. Rome is the place where modern day concepts such as democracy, equality and rule of the people were born. The city is famous for its historical buildings, museums and medieval architecture.

The Roman Coliseum, dating back to the first century, is the most famous and impressive legacy of the Roman Empire and one of the symbols of the city. It had a capacity of 50,000 spectators and it was the venue where the famous fights between the gladiators of Rome took place. 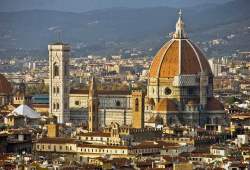 Florence is one of the foremost exponents of Italian art and is considered as the Renaissance capital of the world. Florence is a city in the beautiful region of Tuscany. It was founded in 59 BC. Visitors are entranced by the artistic and architectural beauties of this city. For lovers of art and culture it is paradise.

Florence is also the city where Leonardo Da Vinci was born. La Piazza della Signoria is one of the places not to be missed. There are many museums in the city where you can enjoy Da Vinci’s works. Other attractions in the city include the Galleria degli Uffizi, Bargello, Gucci Museum, Giotto's Tower, and Santa Maria Novella etc. 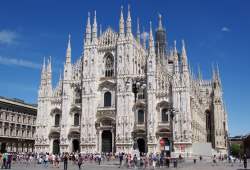 Milan is one of the fashion capitals of the world and is very popular with all kinds of tourists. Milan is the financial center of Italy and is known as the Mecca of shopping. Fashion conscious people love shopping in the streets of Milan.

There are numerous shops spread across the city, which sell fashionable clothes at very reasonable prices. Milan also has many historical monuments and other attractions making it the ideal destination for tourists. Some of the popular tourist attractions in Milan are Pinacoteca di Brera, Bagatti Valsecchi Museum, Civico Museo Archeologico, Saint Mary of the Graces Church, La Rotonda della Besana, Porta Romana etc. 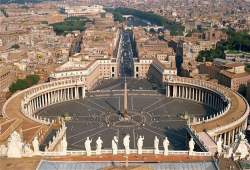 A trip to Italy will be incomplete without visiting the Vatican, the seat of the Holy See and the center of the Roman Catholic Church. It is the place where the Pope lives. Vatican City is the smallest country in the world and is situated in the city of Rome in Italy. 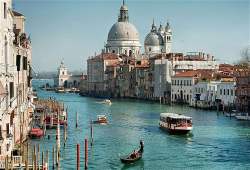 Venice is one of the most beautiful cities in the water. Venice is fondly known as the ‘Floating City’ or ‘The City of Lakes’. The beauty of the city and its artistic heritage attract tourists from around the globe. Some of the popular attractions in Venice include the Doge's Palace, Campanile di San Marco, Clock tower, Jewish Ghetto, Scuola grande di San Rocco, Rialto Bridge etc.